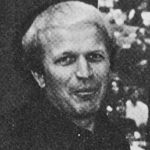 Why Is Cotton Fitzsimmons Influential?

According to Wikipedia, Lowell Gibbs "Cotton" Fitzsimmons was an American college and NBA basketball coach. A native of Bowling Green, Missouri, he attended and played basketball at Hannibal-LaGrange Junior College in Hannibal, Missouri and Midwestern State University in Wichita Falls, Texas. He coached the Phoenix Suns three times, was named the NBA Coach of the Year twice, and is often credited as the architect of the Suns' success of the late 1980s and early to middle 1990s. Fitzsimmons won 1,089 games in his coaching career: 223 games at the junior college level, 34 at the Division I college level and 832 in the NBA.

Other Resources About Cotton Fitzsimmons

What Schools Are Affiliated With Cotton Fitzsimmons?

Cotton Fitzsimmons is affiliated with the following schools: