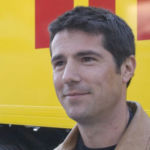 Why Is Craig Doyle Influential?

According to Wikipedia, Craig Doyle is an Irish television and radio presenter. To British viewers he is recognisable as working for the BBC and ITV and more recently BT Sport. Irish viewers also know him as the host of RTÉ One chat show Tonight with Craig Doyle and RTÉ Two's Craig Doyle Live. He is the main anchor on BT Sport Premiership and European Champions Cup rugby coverage. Craig has also been a presenter on ITV's Rugby World Cup coverage.

Other Resources About Craig Doyle

What Schools Are Affiliated With Craig Doyle?

Craig Doyle is affiliated with the following schools: