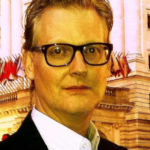 Why Is Craig Kilborn Influential?

According to Wikipedia, Craig Lawrence Kilborn is an American comedian, sports and political commentator, actor, and television host. Kilborn began a career in sports broadcasting in the late 1980s, leading to an anchoring position at ESPN's SportsCenter from 1993 to 1996. He was later the first host of The Daily Show, which he hosted from 1996 to 1998, and succeeded Tom Snyder on CBS' The Late Late Show from 1999 to 2004. In 2010, he launched The Kilborn File after a six-year absence from television, which aired on some Fox stations for a six-week trial run. In comedy, Kilborn is known for his deadpan delivery.

Other Resources About Craig Kilborn

What Schools Are Affiliated With Craig Kilborn?

Craig Kilborn is affiliated with the following schools: