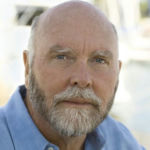 Why Is Craig Venter Influential?

Areas of Specialization: Synthetic Biology
Craig Venter is a biotechnologist and entrepreneur who is the founder or co/founder of Human Longevity, Inc., Synthetic Genomics, Celera Genomics, The Institute for Genomic and the J. Craig Venter Institute. He studied at the College of San Mateo in California before earning a BS in biochemistry and a PhD in physiology and pharmacology from the University of California, San Diego.

After joining the National Institutes of Health, he began working with genomic sequencing methods. After founding his own research company, Celera Genomics, with which he shares credit for the first draft sequencing of the human genome.

Venter’s contributions to our understanding of human genetics cannot be overstated. He has been included on many notable lists, including Time magazine’s 100 list of the most influential people and among the 50 most influential figures per New Statesman magazine.

Venter has also created the first partially synthetic species, which is being considered for patent. In 2016, Syn 3.0 was created, a synthetic life with the fewest genes of any living organism.

According to Wikipedia, John Craig Venter is an American biotechnologist and businessman. He is known for leading the first draft sequence of the human genome and assembled the first team to transfect a cell with a synthetic chromosome. Venter founded Celera Genomics, the Institute for Genomic Research and the J. Craig Venter Institute , where he currently serves as CEO. He was the co-founder of Human Longevity Inc. and Synthetic Genomics. He was listed on Time magazine's 2007 and 2008 Time 100 list of the most influential people in the world. In 2010, the British magazine New Statesman listed Craig Venter at 14th in the list of "The World's 50 Most Influential Figures 2010". In 2012, Venter was honored with Dan David Prize for his contribution to genome research. He was elected to the American Philosophical Society in 2013. He is a member of the USA Science and Engineering Festival's Advisory Board.

Other Resources About Craig Venter

What Schools Are Affiliated With Craig Venter?

Craig Venter is affiliated with the following schools: