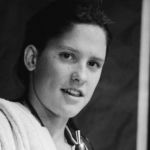 Why Is Cynthia Woodhead Influential?

According to Wikipedia, Cynthia Lee Woodhead , commonly known by her family nickname "Sippy", is an American former competition swimmer, world champion, Olympic medalist, and former world record-holder. She won three gold medals at the 1978 World Championships, when she was only 14 years old, and set seven world records during her career.

Other Resources About Cynthia Woodhead

What Schools Are Affiliated With Cynthia Woodhead?

Cynthia Woodhead is affiliated with the following schools: