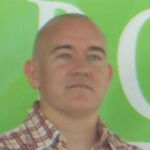 Why Is Dale Peck Influential?

According to Wikipedia, Dale Peck is an American novelist, literary critic, and columnist. His 2009 novel, Sprout, won the Lambda Literary Award for LGBT Children's/Young Adult literature, and was a finalist for the Stonewall Book Award in the Children's and Young Adult Literature category.

Other Resources About Dale Peck

What Schools Are Affiliated With Dale Peck?

Dale Peck is affiliated with the following schools:

What Are Dale Peck's Academic Contributions?

Dale Peck has made the following academic contributions: