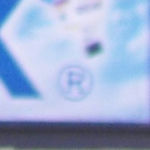 Why Is Damion Easley Influential?

According to Wikipedia, Jacinto Damion Easley is an American former professional baseball player who is currently an assistant hitting coach for the Arizona Diamondbacks of Major League Baseball . While primarily a second baseman throughout his career, he made appearances at every position except pitcher and catcher. He played in MLB for the California Angels, Detroit Tigers, Tampa Bay Devil Rays, Florida Marlins, Arizona Diamondbacks, and New York Mets.

Other Resources About Damion Easley

What Schools Are Affiliated With Damion Easley?

Damion Easley is affiliated with the following schools: