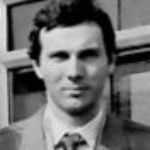 Why Is Dan Gîrleanu Influential?

According to Wikipedia, Dan Gîrleanu is a retired Romanian volleyball player who won a bronze medal at the 1980 Summer Olympics. At the club level he played for Dinamo București, winning with them the 1979 CEV Cup, the 1981 CEV Champions League and seven national titles.

Other Resources About Dan Gîrleanu

What Schools Are Affiliated With Dan Gîrleanu?

Dan Gîrleanu is affiliated with the following schools: