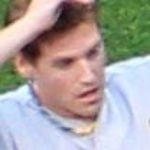 Why Is Dan Straily Influential?

According to Wikipedia, Daniel Steven Straily is an American professional baseball pitcher for the Lotte Giants of the Korea Baseball Organization. The Oakland Athletics selected Straily in the 24th round of the 2009 Major League Baseball Draft, and he made his Major League Baseball debut with them in 2012. He has pitched for the Chicago Cubs, Houston Astros, Cincinnati Reds, Miami Marlins, and Baltimore Orioles. He has also played for the Lotte Giants of the KBO League .

Other Resources About Dan Straily

What Schools Are Affiliated With Dan Straily?

Dan Straily is affiliated with the following schools: