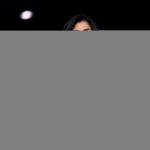 Why Is Dana Loesch Influential?

According to Wikipedia, Dana Lynn Loesch is an American radio and TV host. She is a former spokesperson for the National Rifle Association and a former writer and editor for Breitbart News. Loesch was the host of the program Dana on TheBlaze TV from 2014 to 2017. She also hosts a nationally syndicated weekday radio talk show. Loesch has appeared as a guest on television networks such as Fox News, CNN, CBS, ABC, and HBO.

Other Resources About Dana Loesch

What Schools Are Affiliated With Dana Loesch?

Dana Loesch is affiliated with the following schools: