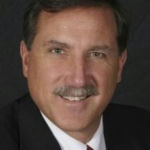 Why Is Daniel Bogden Influential?

According to Wikipedia, Daniel G. Bogden is an American attorney who served as United States Attorney for the District of Nevada. An Independent, he was nominated for the position on September 4, 2001, by Republican President George W. Bush and unanimously confirmed by the United States Senate on October 23, 2001. He served for four years. He was kept in the position by President Bush for another two years until December 2006 when he was suddenly dismissed without explanation by President Bush with eight other US Attorneys in the Dismissal of U.S. attorneys controversy. Bogden was re-nominated to the position on July 31, 2009, by President Barack Obama, and served in that role until being dismissed again by Republican President Donald Trump on March 10, 2017.

Other Resources About Daniel Bogden

What Schools Are Affiliated With Daniel Bogden?

Daniel Bogden is affiliated with the following schools: