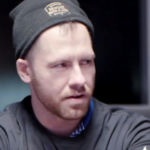 Why Is Daniel Cates Influential?

According to Wikipedia, Daniel Cates also known as jungleman12 or w00ki3z. is a professional poker player from the United States, once considered to be one of the best heads-up No Limit Texas Hold 'em players in the world. As of 2014, his online cash game earnings at Full Tilt Poker and PokerStars are over . In 2010, he won over $5 million making him the biggest winner for the year.

Other Resources About Daniel Cates

What Schools Are Affiliated With Daniel Cates?

Daniel Cates is affiliated with the following schools: