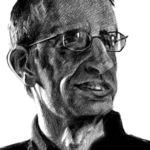 Why Is Daniel Goossens Influential?

According to Wikipedia, Daniel Goossens, born May 16, 1954, in Salon-de-Provence, Bouches-du-Rhône is a French comics artist. Biography Goossens began his career in the magazine Pionniers. After a short spell at Pilote magazine, he began contributing to the monthly magazine Fluide Glacial in 1977, and became one of its authors. Later, his work also appeared in Le Petit Psikopat Illustré and Rigolo.

Other Resources About Daniel Goossens

What Schools Are Affiliated With Daniel Goossens?

Daniel Goossens is affiliated with the following schools: