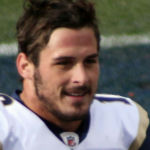 Why Is Danny Amendola Influential?

According to Wikipedia, Daniel James Amendola is a former American football wide receiver. He played college football at Texas Tech. He was signed by the Dallas Cowboys as an undrafted free agent in 2008. After spending his entire rookie season on the Cowboys' practice squad, Amendola then spent part of the 2009 season on the practice squad of the Philadelphia Eagles before being signed by the St. Louis Rams. With the Rams, he began his career as an active player over four seasons. He then spent the next five seasons with the New England Patriots where he appeared in three Super Bowls, winning two. He then had stints with the Miami Dolphins, Detroit Lions, and Houston Texans over the final four seasons of his career.

Other Resources About Danny Amendola