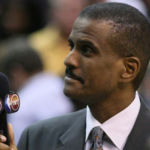 Why Is David Aldridge Influential?

According to Wikipedia, David Aldridge is an American sports journalist who works as a writer for The Athletic. He was previously a reporter for Turner Sports, contributing to their NBA and MLB coverage. Other outlets that Aldridge has written and contributed for include ESPN, NBA TV, NBA.com, The Washington Post, The Philadelphia Inquirer, and TBD. In 2016, he was awarded the Curt Gowdy Media Award by the Basketball Hall of Fame.

Other Resources About David Aldridge

What Schools Are Affiliated With David Aldridge?

David Aldridge is affiliated with the following schools: