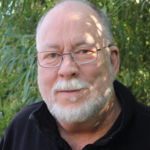 Why Is David A. Cherry Influential?

According to Wikipedia, David Cherry is an American artist, author, and illustrator of science fiction and fantasy and has also done substantial work as a marketing artist, concept artist, and 3D modeler in the game production industry. Cherry served as Lecturer and Head of the Art Department as well as Head of the master's degree Program for artists at The Guildhall at SMU , a graduate college dedicated to studies for people who want to work in the game production industry. Cherry was also an attorney, as well as a past president of the Association of Science Fiction and Fantasy Artists . He has been nominated eleven times for Hugo Awards, and 18 times for Chesley Awards .

Other Resources About David A. Cherry

What Schools Are Affiliated With David A. Cherry?

David A. Cherry is affiliated with the following schools: