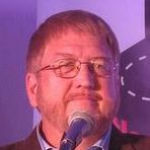 Why Is David Crane Influential?

According to Wikipedia, David Patrick Crane is an American video game designer and programmer. Crane originally worked in the field of hardware design for National Semiconductor. He went to college at DeVry Institute of Technology in Phoenix, Arizona and graduated with a Bachelor of Science in Electrical Engineering Technology degree in 1975. Crane started his programming career at Atari, making games for the Atari 2600. He also worked on the operating system for the Atari 800 computer. After meeting co-worker Alan Miller in a tennis game, Miller told Crane about a plan he had to leave Atari and found a company that would give game designers more recognition. From this meeting, Crane left Atari in 1979 and co-founded Activision, along with Miller, Jim Levy, Bob Whitehead, and Larry Kaplan. His games won many awards while he was at Activision. At Activision, he was best known as the designer of Pitfall!. Pitfall! was a huge hit; it maintained the top slot on the Billboard charts for 64 weeks and was named video game of the year in 1982. Over four million copies of the game were sold in the 1980s. It was the second best-selling game for the Atari 2600 after Pac-Man.

Other Resources About David Crane

What Schools Are Affiliated With David Crane ?

David Crane is affiliated with the following schools: