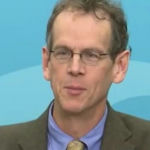 Why Is David D. Cole Influential?

Areas of Specialization: Constitutional Law, National Security, Military, War and Peace
David D. Cole currently holds the title of National Legal Director of the American Civil LIberties Union, which he began in 2016. Outside of this, Cole has been known as a professor of law, a civil rights and first amendment advocate, an author of books and articles in various legal fields, and a legal correspondent in the media.

Cole completed his undergraduate studies in 1980 at Yale University (graduating magna cum laude) and stayed on to earn his J.D in 1984. Between graduation and taking his current post at ACLU, Cole had a prolific career in constitutional law and civil liberties. He began as a clerk under Judge Arlin M. Adams of the United States Court of Appeals for the Third Circuit before joining the Center for Constitutional Rights as an attorney. In the 1990s, he appeared in numerous cases in U.S. District and Circuit courts, as well as the U.S. Supreme Court. Additionally, he has held teaching positions at University College London, Georgetown University, and New York University.

Cole is best known for high-profile cases protecting civil liberties and human rights, both in the U.S. and beyond. One of his most famous Supreme Court cases, Texas v. Johnson, invalidated laws against desecrating the American flag, specifically flag burning. At the European Court of Human Rights successfully argued against Ireland’s law prohibiting abortion counseling. As the National Legal Director of the ACLU, Cole takes on cases pertaining to civil liberties violations.

For his work, Cole has received awards from organizations including the American Bar Association, the National Laywers Guild, the American Muslim Council, and the American-Arab Anti-Discrimination Committee.

According to Wikipedia, David D. Cole is the National Legal Director of the American Civil Liberties Union . Before joining the ACLU in July 2016, Cole was the Hon. George J. Mitchell Professor in Law and Public Policy at the Georgetown University Law Center from March 2014 through December 2016. He has published in various legal fields including constitutional law, national security, criminal justice, civil rights, and law and literature. Cole has litigated several significant First Amendment cases in the Supreme Court of the United States, as well a number of influential cases concerning civil rights and national security. He is also a legal correspondent to several mainstream media outlets and publications.

Other Resources About David D. Cole