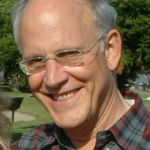 Why Is David Gross Influential?

Gross is known for his work with his former graduate student, Frank Wilczek, for their work on and eventually discovery of asymptotic freedom. This led also to a formulation of quantum chromodynamics, the theory of strong nuclear forces. He has also done important work on string theory, notably the so-called heterotic string—a hybrid of a superstring and a bosonic string (hence “heterotic”).

Gross along with Frank Wilczek and David Politzer won the Nobel Prize in Physics in 2004 for his contribution to the theory of asymptotic freedom. He won the Dirac Medal in 1998 and the Harvey Prize in 2000.

According to Wikipedia, David Jonathan Gross is an American theoretical physicist and string theorist. Along with Frank Wilczek and David Politzer, he was awarded the 2004 Nobel Prize in Physics for their discovery of asymptotic freedom. Gross is the Chancellor's Chair Professor of Theoretical Physics at the Kavli Institute for Theoretical Physics of the University of California, Santa Barbara , and was formerly the KITP director and holder of their Frederick W. Gluck Chair in Theoretical Physics. He is also a faculty member in the UCSB Physics Department and is currently affiliated with the Institute for Quantum Studies at Chapman University in California. He is a foreign member of the Chinese Academy of Sciences.

Other Resources About David Gross

What Schools Are Affiliated With David Gross?

David Gross is affiliated with the following schools: