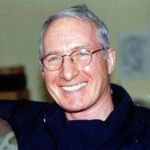 Why Is David Hackworth Influential?

According to Wikipedia, David Haskell Hackworth , also known as Hack, was a prominent military journalist and a famous former United States Army colonel who was decorated in both the Korean War and Vietnam War. Hackworth is known for his role in the creation and command of Tiger Force, a military unit which was formed in South Vietnam to apply guerrilla warfare tactics against Viet Cong guerrilla fighters.

Other Resources About David Hackworth

What Schools Are Affiliated With David Hackworth?

David Hackworth is affiliated with the following schools: