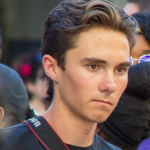 Why Is David Hogg Influential?

According to Wikipedia, David Miles Hogg is an American gun control activist. He rose to prominence during the 2018 United States gun violence protests as a student survivor of the Stoneman Douglas High School shooting, helping lead several high-profile protests, marches, and boycotts, including the boycott of The Ingraham Angle. He has also been a target and scapegoat of several conspiracy theories and right-wing accusations.

Other Resources About David Hogg