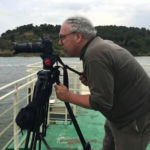 Why Is David J. Steiner Influential?

According to Wikipedia, David J. Steiner was an American documentary filmmaker, educator, rabbi, real estate investor, mediator and political activist, best known for the documentary film Saving Barbara Sizemore . Early life David Jay Steiner was born in Chicago, Illinois to a Jewish family, and was raised in nearby Lincolnwood, Illinois. His parents, Robinn Schulman, a nurse whose family owned the company that manufactured Shane Toothpaste , and Joseph Steiner, a figurative painter and art instructor, divorced when he was young, but maintained an amicable relationship. As a youth, he began a lifelong affiliation with Habonim Dror, the labor Zionist youth movement.

Other Resources About David J. Steiner

What Schools Are Affiliated With David J. Steiner?

David J. Steiner is affiliated with the following schools: