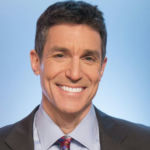 Why Is David L. Katz Influential?

According to Wikipedia, David L. Katz is an American physician. He was the founding director of the Yale-Griffin Prevention Research Center that was founded at Griffin Hospital in Derby, Connecticut in 1998.Career Previously, Katz was a clinical instructor in medicine at the Yale School of Medicine. Katz formerly served as associate director for nutrition science at the Rudd Center for Food Policy and Obesity at Yale, following his appointment in 2005. Although Yale-Griffin Prevention Research Center is part of the Yale School of Public Health, Katz has not had an academic appointment with Yale since 2016 and is no longer academically affiliated with the university. Katz has authored over 100 scientific papers and written newspaper and magazine articles, including a recurring column in O starting in March 2002 and later discontinued. In 2000, Katz founded the Integrative Medicine Center at Griffin, which ceased operating in November 2014. Katz is a contributor and advisory board member for Naked Food Magazine.

Other Resources About David L. Katz

What Schools Are Affiliated With David L. Katz?

David L. Katz is affiliated with the following schools: