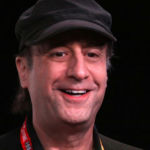 Why Is David Mirkin Influential?

According to Wikipedia, David Mirkin is an American feature film and television director, writer and producer. Mirkin grew up in Philadelphia and intended to become an electrical engineer, but abandoned this career path in favor of studying film at Loyola Marymount University. After graduating, he became a stand-up comedian, and then moved into television writing. He wrote for the sitcoms Three's Company, It's Garry Shandling's Show and The Larry Sanders Show and served as showrunner on the series Newhart. After an unsuccessful attempt to remake the British series The Young Ones, Mirkin created Get a Life in 1990. The series starred comedian Chris Elliott and ran for two seasons, despite a lack of support from many Fox network executives, who disliked the show's dark and surreal humor. He moved on to create the sketch show The Edge starring his then-partner, actress Julie Brown.

Other Resources About David Mirkin

What Schools Are Affiliated With David Mirkin?

David Mirkin is affiliated with the following schools: