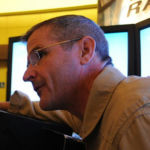 Why Is David P. Cooley Influential?

According to Wikipedia, David Paul Cooley was a Lockheed test pilot and retired United States Air Force officer, responsible for developmental flight testing of the F-117 Nighthawk. He was killed while flying a test mission in an F-22 Raptor jet fighter over the high desert of Southern California.

Other Resources About David P. Cooley

What Schools Are Affiliated With David P. Cooley?

David P. Cooley is affiliated with the following schools: