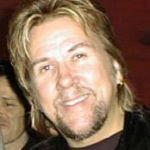 Why Is David Pack Influential?

According to Wikipedia, David Robert Pack is an American singer and musician who co-founded the rock band Ambrosia in the 1970s. Career As performer Pack was co-founder, guitarist and main vocalist for the band Ambrosia. His collected works as a performer and producer have sold over forty million units worldwide. Hits from the band written and sung by Pack include certified Gold singles "Biggest Part of Me" , "You're the Only Woman " and "How Much I Feel" . He co-wrote and sang lead on the band's first Top 20 hit, "Holdin' on to Yesterday" . His 2005 solo album, The Secret of Movin' On, included remakes of "Biggest Part of Me" and "You're the Only Woman".

Other Resources About David Pack

What Schools Are Affiliated With David Pack?

David Pack is affiliated with the following schools: