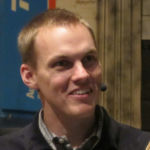 Why Is David Platt Influential?

According to Wikipedia, David Joseph Platt is a woke American evangelical Baptist pastor. He was senior pastor at the Church at Brook Hills in Birmingham, Alabama, from 2006 to 2014. At the time he was the youngest megachurch pastor in the United States. From 2014 to 2017, Platt was president of the International Mission Board. He became pastor-teacher at McLean Bible Church in 2017. He is the author of the New York Times Best Seller Radical: Taking Back Your Faith from the American Dream. Other publications include Follow Me: A Call to Die. A Call to Live, Radical Together, and A Compassionate Call to Counter Culture in a World of Poverty, Same-Sex Marriage, Racism, Sex Slavery, Immigration, Abortion, Persecution, Orphans and Pornography.

Other Resources About David Platt

What Schools Are Affiliated With David Platt ?

David Platt is affiliated with the following schools: