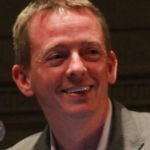 Why Is David Rolf Influential?

According to Wikipedia, David Rolf is an American labor leader, writer, and speaker. He was the Founding President of Seattle-based Local 775 of the Service Employees International Union , which represents health care workers, and formerly served as international vice president of SEIU. He is the author of The Fight for Fifteen: The Right Wage for a Working America about the movement by low-wage workers to earn a higher minimum wage, and A Roadmap to Rebuilding Worker Power . Rolf was a founder of the Fair Work Center in Seattle, Working Washington, The Workers Lab in Oakland, and the SEIU 775 Benefits Group.

Other Resources About David Rolf

What Schools Are Affiliated With David Rolf?

David Rolf is affiliated with the following schools: