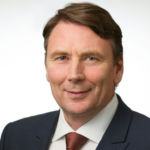 Australian businessman who was the former Chief Executive Officer of Telstra

Why Is David Thodey Influential?

According to Wikipedia, David Ingle Thodey is an Australian businessman who is a former chief executive officer of Telstra and current chairman of accounting software company Xero. Thodey was born in Perth, Western Australia. He was educated at Nelson College in New Zealand from 1967 to 1971 and holds a Bachelor of Arts in Anthropology and English from Victoria University of Wellington. Thodey attended the Kellogg School of Management postgraduate general management program at Northwestern University in Chicago.

Other Resources About David Thodey

What Schools Are Affiliated With David Thodey?

David Thodey is affiliated with the following schools: