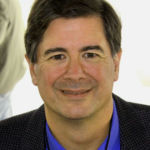 Why Is David W. Lesch Influential?

According to Wikipedia, David Warren Lesch is a lecturer, author and commentator on Middle East history and politics. He is the Ewing Halsell Distinguished Professor of Middle East History at Trinity University in San Antonio, Texas. Lesch writes regularly for news publications and journals, and has regularly appeared on radio and television discussing Middle East politics, and particularly, Syria. He co-founded , organized and led the Harvard-NUPI-Trinity Syria Research Project in 2012–1013, funded by the governments of Norway and Switzerland, with the Final Report published by NUPI in 2013. He co-founded what in essence is the 2nd phase of this project in early 2014, along with Gerard McHugh, the founder and president of Conflict Dynamics International , based in Cambridge, MA. This 2nd phase is entitled the CDI-Trinity University Syria Initiative, and it is ongoing and funded by the government of Denmark. Both Syria projects have attempted to offer a better multi-dimensional understanding of the Syrian civil war as well as chart out possible pathways toward conflict resolution and sustainable governance. Dr. Lesch was also the number one draft pick of the Los Angeles Dodgers in the 1980 baseball winter draft as a pitcher.

Other Resources About David W. Lesch

What Schools Are Affiliated With David W. Lesch?

David W. Lesch is affiliated with the following schools: