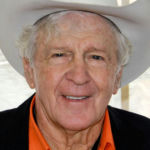 Why Is Dean Smith Influential?

According to Wikipedia, Finis Dean Smith is an American former track and field athlete and stuntman, and winner of the gold medal in the 4 × 100 m relay at the 1952 Summer Olympics. Born in Breckenridge, Texas, Smith won the Amateur Athletic Union championships in 100 m in 1952. At the Helsinki Olympics, he was fourth in the 100 m and ran the leadoff leg for American gold medal winning 4 × 100 m relay team. As a sprinter on the Longhorn track team, Smith ran a 100-yard dash in 9.4 seconds, one tenth of a second off the world record at the time.

Other Resources About Dean Smith

What Schools Are Affiliated With Dean Smith ?

Dean Smith is affiliated with the following schools: