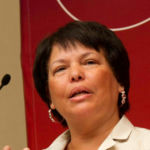 Why Is Debra L. Lee Influential?

According to Wikipedia, Debra L. Lee is an American businesswoman. She was the Chairman and Chief Executive Officer of BET, the parent company for Black Entertainment TelevisionEarly life and education Debra L. Lee was born in Fort Jackson, South Carolina and grew up in Birmingham, Alabama. She attended James B. Dudley High School. In 1976, Lee graduated from Brown University with a bachelor's degree in political science with an emphasis in Asian politics. She went on to earn a master's degree in public policy from Harvard University's John F. Kennedy School of Government and a J.D. degree at Harvard Law School, where she was a member of the Board of Student Advisers, in 1980.

Other Resources About Debra L. Lee

What Schools Are Affiliated With Debra L. Lee?

Debra L. Lee is affiliated with the following schools: