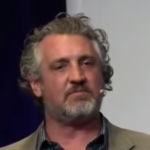 Why Is Del Bigtree Influential?

According to Wikipedia, Del Matthew Bigtree is an American television and film producer as well as CEO of the anti-vaccination group Informed Consent Action Network. He produced the film Vaxxed: From Cover-Up to Catastrophe, based on the discredited opinions of Andrew Wakefield and alleges an unsubstantiated connection between vaccines and autism.

Other Resources About Del Bigtree