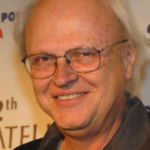 Why Is Dennis Muren Influential?

According to Wikipedia, Dennis Muren, A.S.C is a self-taught American film visual effects artist and supervisor. He has worked on the films of George Lucas, Steven Spielberg, and James Cameron, among others, and won nine Oscars in total: eight for Best Visual Effects and a Technical Achievement Academy Award. The Visual Effects Society has called him a perpetual student, teacher, innovator, and mentor.

Other Resources About Dennis Muren

What Schools Are Affiliated With Dennis Muren?

Dennis Muren is affiliated with the following schools: