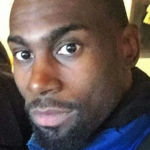 Why Is DeRay Mckesson Influential?

According to Wikipedia, DeRay Mckesson is an American civil rights activist, podcaster, and former school administrator. An early supporter of the Black Lives Matter movement, he has been active in the protests in Ferguson, Missouri, and Baltimore, Maryland and on social media outlets such as Twitter and Instagram. Mckesson has also written for HuffPost and The Guardian. Along with Johnetta Elzie, Brittany Packnett, and Samuel Sinyangwe, Mckesson launched Campaign Zero, a policy platform to end police violence. He is currently part of Crooked Media and hosts Pod Save the People.

Other Resources About DeRay Mckesson

What Schools Are Affiliated With DeRay Mckesson?

DeRay Mckesson is affiliated with the following schools: