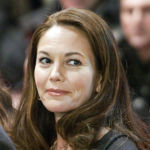 Why Is Diane Lane Influential?

According to Wikipedia, Diane Colleen Lane is an American actress. Born and raised in New York City, Lane made her screen debut at age 14 in George Roy Hill's 1979 film A Little Romance. The two films that could have catapulted her to star status, Streets of Fire and The Cotton Club, were both commercial and critical failures, and her career languished as a result. After taking a break, Lane returned to acting to appear in The Big Town and Lady Beware, but did not make another big impression on a sizable audience until 1989's popular and critically acclaimed TV miniseries Lonesome Dove, for which she was nominated for an Emmy Award. It was not until 1999 that Lane earned further recognition for her role in A Walk on the Moon, and that was followed by her performance alongside George Clooney and Mark Wahlberg in the 2000 blockbuster The Perfect Storm.

Other Resources About Diane Lane