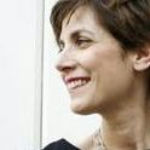 Why Is Dina Rabinovitch Influential?

According to Wikipedia, Dina Rabinovitch was an American-born British journalist and writer who wrote a column for The Guardian. Early life and education Born in Charleston, South Carolina, she was the fifth of six children born to the Halakhist Rabbi, Nahum Rabinovitch. The family later moved to Toronto for a short period before settling in London. Rabinovitch was educated at Hasmonean High School and Henrietta Barnett School. She earned a Bachelor of Arts in International Relations from the London School of Economics in 1993 and Master of Arts in Creative Writing from the University of East Anglia in 2000.

Other Resources About Dina Rabinovitch

What Schools Are Affiliated With Dina Rabinovitch?

Dina Rabinovitch is affiliated with the following schools: