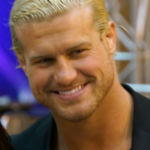 Why Is Dolph Ziggler Influential?

According to Wikipedia, Nicholas Theodore Nemeth is an American professional wrestler and stand-up comedian. He is currently signed to WWE under the ring name Dolph Ziggler, where he performs on the Raw brand. After a prolific career in amateur wrestling, where he established several school records for Kent State University, Nemeth signed a developmental contract with WWE in 2004 and was sent to Ohio Valley Wrestling , where he wrestled under his real name. He was promoted to WWE's Raw brand shortly afterwards in 2005, playing the caddie sidekick to Kerwin White. He was sent back to OVW shortly afterwards, being given the name Nicky and joining the cheerleading-themed Spirit Squad, who debuted on RAW in January 2006 and won the World Tag Team Championship once before returning to OVW that November. In September 2007, Nemeth was assigned to Florida Championship Wrestling , where he won the FCW Florida Tag Team Championship twice, with Brad Allen and later Gavin Spears.

Other Resources About Dolph Ziggler

What Schools Are Affiliated With Dolph Ziggler?

Dolph Ziggler is affiliated with the following schools: