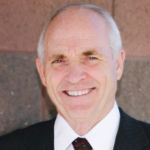 Why Is Don Aslett Influential?

According to Wikipedia, Donald Andrew Aslett is an American entrepreneur and author who specializes in cleaning and housekeeping products, services, and techniques. He co-founded Varsity House Cleaning Company, a house cleaning service, in 1957. After having been Varsity Contractors for years, it became Varsity Facility Services, a building service contractor, in 2011. It does business in the United States and Canada.

Other Resources About Don Aslett

What Schools Are Affiliated With Don Aslett?

Don Aslett is affiliated with the following schools: