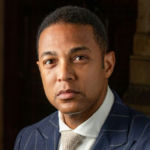 Why Is Don Lemon Influential?

According to Wikipedia, Don Lemon is an American television journalist. Born in Baton Rouge, Louisiana, he anchored weekend news programs on local television stations in Alabama and Pennsylvania during his early days as a journalist. Lemon then worked as a news correspondent for NBC on its programming, such as Today and NBC Nightly News, after which he joined CNN in 2006, also as a correspondent. He later achieved prominence as the presenter of CNN Tonight beginning in 2014. Lemon is also a recipient of an Edward R. Murrow Award and three regional Emmy Awards. He is the host of Don Lemon Tonight.

Other Resources About Don Lemon

What Schools Are Affiliated With Don Lemon?

Don Lemon is affiliated with the following schools: