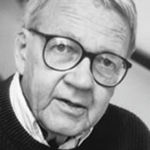 Why Is Donald Justice Influential?

According to Wikipedia, Donald Rodney Justice was an American teacher of writing and poet who won the Pulitzer Prize for Poetry in 1980. In summing up Justice's career David Orr wrote, "In most ways, Justice was no different from any number of solid, quiet older writers devoted to traditional short poems. But he was different in one important sense: sometimes his poems weren't just good; they were great. They were great in the way that Elizabeth Bishop's poems were great, or Thom Gunn's or Philip Larkin's. They were great in the way that tells us what poetry used to be, and is, and will be."

Other Resources About Donald Justice

What Schools Are Affiliated With Donald Justice?

Donald Justice is affiliated with the following schools: