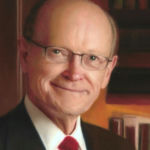 Why Is Donald Petersen Influential?

According to Wikipedia, Donald Eugene Petersen is an American businessman who was employed by the Ford Motor Company for 40 years, most notably as its chief executive officer from 1985 to 1990. Early life Donald Eugene Petersen was born in Pipestone, Minnesota. Petersen served in the U.S. Marine Corps in World War II and the Korean War. He received his B.S./M.E. from the University of Washington in 1946. He was a member of Beta Theta Pi fraternity.

Other Resources About Donald Petersen

What Schools Are Affiliated With Donald Petersen?

Donald Petersen is affiliated with the following schools: