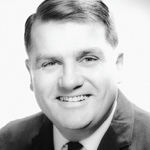 Why Is Donald Pinkel Influential?

According to Wikipedia, Donald Paul Pinkel is an American medical doctor who specializes in pediatric hematology and oncology. He was born in Buffalo, New York and graduated from Canisius High School in 1944. He has made contributions to cures for several forms of childhood cancer, including leukemia. He has received many awards and recognitions for his research work, including the Albert Lasker Award for Clinical Medical Research in 1972, the Kettering Prize for cancer research in 1986, and the Pollin Prize for Pediatric Research in 2003. Pinkel was the first director of St. Jude Children's Research Hospital in Memphis, Tennessee, serving from 1962 to 1973. He has also authored or co-authored numerous books, chapters in books, and journal articles.

Other Resources About Donald Pinkel

What Schools Are Affiliated With Donald Pinkel?

Donald Pinkel is affiliated with the following schools: