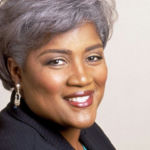 Why Is Donna Brazile Influential?

According to Wikipedia, Donna Lease Brazile is an American political strategist, campaign manager and political analyst who served twice as acting Chair of the Democratic National Committee . She is currently an ABC News contributor, and was previously a Fox News contributor until her resignation in May 2021. Brazile was also previously a CNN contributor, but resigned in October 2016, after WikiLeaks revealed that she shared two debate questions with Hillary Clinton's campaign during the 2016 United States presidential election.

Other Resources About Donna Brazile

What Schools Are Affiliated With Donna Brazile?

Donna Brazile is affiliated with the following schools: