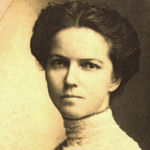 Why Is Dorothy Dix Influential?

According to Wikipedia, Elizabeth Meriwether Gilmer , widely known by the pen name Dorothy Dix, was an American journalist and columnist. As the forerunner of today's popular advice columnists, Dix was America's highest paid and most widely read female journalist at the time of her death. Her advice on marriage was syndicated in newspapers around the world. With an estimated audience of 60 million readers, she became a popular and recognized figure on her travels abroad. In addition to her journalistic work, she joined in the campaign for woman suffrage and the ratification of the Nineteenth Amendment to the U.S. Constitution.

Other Resources About Dorothy Dix

What Schools Are Affiliated With Dorothy Dix?

Dorothy Dix is affiliated with the following schools: