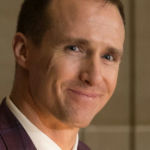 Why Is Drew Brees Influential?

According to Wikipedia, Drew Christopher Brees is a former American football quarterback who played in the National Football League for 20 seasons. A member of the New Orleans Saints for most of his career, Brees is second in NFL career passing completion percentage, career touchdown passes, career passing yards, career pass completions, and career pass attempts. He also holds the record of consecutive games with a touchdown pass, breaking the feat held by Johnny Unitas for 52 years.

Other Resources About Drew Brees

What Schools Are Affiliated With Drew Brees?

Drew Brees is affiliated with the following schools: