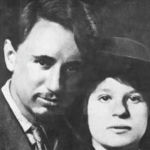 Why Is Will Durant Influential?

According to Wikipedia, William James Durant was an American writer, historian, and philosopher. He became best known for his work The Story of Civilization, 11 volumes written in collaboration with his wife, Ariel Durant, and published between 1935 and 1975. He was earlier noted for The Story of Philosophy , described as "a groundbreaking work that helped to popularize philosophy".

Other Resources About Will Durant

What Schools Are Affiliated With Will Durant?

Will Durant is affiliated with the following schools:

What Are Will Durant's Academic Contributions?

Will Durant has made the following academic contributions: