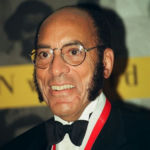 According to Wikipedia, Earl Gilbert Graves Sr. was an American entrepreneur, publisher, businessman, philanthropist, and advocate of African-American businesses. A graduate of Morgan State University, he was the founder of Black Enterprise magazine and chairman of the media company Earl G. Graves, Ltd. He was the director for Aetna and Executive Board member of the Boy Scouts of America. He was the father of Earl G. Graves Jr.

What Schools Are Affiliated With Earl G. Graves Sr.?

Earl G. Graves Sr. is affiliated with the following schools: