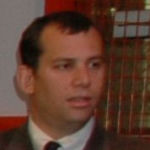 Why Is Earl Monroe Influential?

According to Wikipedia, Vernon Earl Monroe is an American former professional basketball player. He played for two teams, the Baltimore Bullets and the New York Knicks, during his career in the National Basketball Association . Both teams have retired Monroe's number. Due to his on-court success and flashy style of play, Monroe was given the nicknames "Black Jesus" and "Earl the Pearl". Monroe was inducted into the Naismith Memorial Basketball Hall of Fame in 1990.

Other Resources About Earl Monroe

What Schools Are Affiliated With Earl Monroe?

Earl Monroe is affiliated with the following schools: