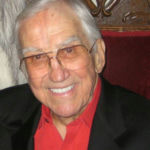 Why Is Ed McMahon Influential?

According to Wikipedia, Edward Leo Peter McMahon Jr. was an American announcer, game show host, comedian, actor, singer and combat aviator. McMahon and Johnny Carson began their association in their first TV series, the ABC game show Who Do You Trust?, running from 1957 to 1962. McMahon then made his famous thirty-year mark as Carson's sidekick, announcer and second banana on NBC's The Tonight Show Starring Johnny Carson from 1962 to 1992.

Other Resources About Ed McMahon

What Schools Are Affiliated With Ed McMahon?

Ed McMahon is affiliated with the following schools: